Called to be an advocate

A chat with the inaugural National Rural Health Commissioner

Rural medicine has been in Professor Paul Worley’s blood since the beginning—he grew up hearing the stories of his two maternal grandparents as rural generalists.

When Paul was five, his mother was in a serious car accident which left her a paraplegic.

When the time came, Paul was encouraged to apply for medical school at the University of Adelaide where he discovered his passion for working with underserved communities.

“I chose some electives in the Philippines…I caught typhoid and the only medication that I could take was oral chloramphenicol which I had spent a good two years learning you should never take because you’re going to get aplastic anaemia.”

“I respected and admired the doctors I met in the Philippines…I came back to Australia and said to myself, ‘I’ve got to prepare to be able to work in a place where no matter what comes through the door, I’ve got the skills to be able to manage’. The ideal preparation for that was rural general practice.”

Paul graduated in 1984, resolved to be a rural generalist.

However, like many doctors in training, this time in Paul’s life coincided with raising a young family—which, by necessity, demanded that Paul complete most of his training in Adelaide instead of a rural area.

Determined to continue to prepare himself for work as a rural generalist, Paul found ex-rural doctors working in Adelaide to teach and mentor him.

Rural general practice soon called, and Paul and his family set up a practice in Lameroo, South Australia, a small town 210 kilometres east of Adelaide.

“We quickly established a network between the three towns that were within about 120 kilometres of each other so that we could provide a viable obstetric and theatre service between the three doctors and found that work just so stimulating, exciting and draining.”

While the town quickly recognised the need for Paul’s work as a doctor, the welcome for Paul’s family was less forthcoming.

“I’ve since seen that same scenario replicated in a number of places that are desperate to have a doctor…what comes with having a doctor is supporting the doctor’s family, which is sometimes a bit more ambiguous.” 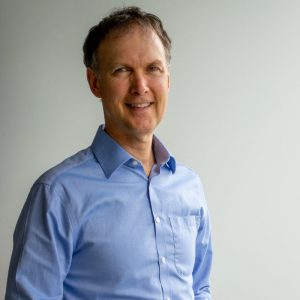 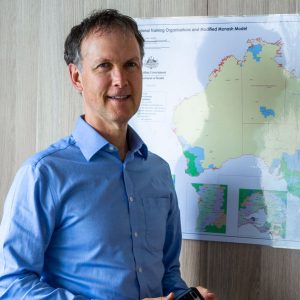 “When I was practising in the Mallee area, it was in the middle of a drought. Farms were going under, the population suicide rates were rising, as well as mental illness, stress, and people were not paying attention to their other health issues,” Paul says.

“At the same time, the medical profession is busy pumping out city specialists and doing nothing for the bush. It gets you pretty angry.”

“As a GP, you’re called to be an advocate for your community.”

Paul joined the very new Rural Doctors Association of Australia (RDAA) to lobby the government to “do something” about rural general practice.

Government funding was given to universities with the focus on getting rural academics into the university halls.

“The universities were struggling to find people and I thought, ‘I’ve lobbied for this, now I’m finding myself back in the city, I’ll put my hand up for this’.”

“Put your money where your mouth is. If you’re going to complain, be part of the solution.”

“I quickly realised that although I had significant experience and networks and colleagues with which to work with, I didn’t have the basic credibility and tools that you need to be able to thrive and influence things in an academic environment.”

Paul’s next goal was obtaining a PhD and research credibility—a very difficult task while one is also a parent to young children.

“I used the opportunity to really dive deep into what Australia was doing in rural medical education to create an evidence base which didn’t exist.”

“We showed through my research that you could spend a year in a small rural town as an undergrad student and do as well—if not better—in your exams than the students who were in the major tertiary hospital.”

“Whether it’s true or not, most teachers accredit some of the achievements of their students to the quality of the clinical environment that they’re trained in…think of what the conversation went like when you have the students in a rural general practice do better academically than the students in the major tertiary hospital.”

Negative perceptions, based on a perceived hierarchy, have plagued both general practice and rural medicine for a long time.

“The usual thing, when a referral comes in from a GP into an emergency department, the common banter that goes around is, ‘what is the disaster that they sent us?’ or ‘what stuff up do we have to rescue this patient from?’.”

Paul discovered that having an academic environment based in a rural location changed the perception of the quality and status of rural medicine.

“[In the hospital] I started overhearing doctors saying, ‘this is a referral from the Riverland, this will be a good one. This’ll be one that we need to see’.”

One of the biggest causes in the shift of perception, Paul says, was to move core clinical education out into rural areas.

Paul sees a lot of change ahead on the horizon for rural generalism.

“One of the elements that I’ve been advocating really strongly for is a single employer during training as a means to enable trainees  to start creating their families or respond to family and friends’ needs, whilst they’re training.”

“We need pathways of training and pathways of practice that are going to appeal to a plurality of practitioners. It’s not that hard. It just takes a different mindset to the mindset that we’ve had in the past.”

“Encouragingly, what I’m seeing from all levels of government and the profession is that they’re also saying ‘the time has come, we need to bite the bullet and be collaborative rather than controlling’.”

Paul says these changes are all about putting the learner at the centre of education, rather than the employer—a change which will benefit everyone.

There still remains the issue of attracting doctors into rural areas and that, Paul says, means changing the way future doctors are trained so that aspiring doctors can choose to be based in rural Australia for both their medical school and postgraduate training and only be required to undertake city rotations when needed to supplement their education.

The rise of rural generalism

Rural generalism is intrinsically linked to the history of general practice in Australia; in the early 1900s most doctors were considered generalists.

In the ‘50s, with the advent of general practice in Australia as a distinct body of knowledge and practice, doctors felt the squeeze, particularly in cities, with the rise of specialisation.

Gradually, many generalists found themselves pushed out of the city market.

“We don’t refer to it as a subspecialty—sub meaning less than—we don’t regard it as a superspecialty—as in more than—it is a specialised field within the broadchurch of general practice.”

As the lines between specialist and generalist became more defined, Paul says the medical field turned to disputes—arguing whether general practice and rural practice were separate specialties or the same.

“When I came to the position of being appointed as the National Rural Health Commissioner, it became obvious to me that we were actually doing ourselves a disservice in the fight around language.”

“The way forward was to see [rural generalism] as a specialised field within the discipline of general practice rather than seeing it as a completely separate specialty from general practice.”

However, this point of delegation differs depending on where the doctor is practising—whether it be a city or a rural area. This has led to the conceptualisation of rural generalism as a specialised field.

“We don’t refer to it as a subspecialty—sub meaning less than—we don’t regard it as a superspecialty—as in more than—it is a specialised field within the broadchurch of general practice.”

The definition of rural generalism has major benefits for the next generation.

According to Paul, recognition goes a long way towards ensuring Australia’s rural and remote areas have access to appropriate healthcare.

“Having defined [rural generalism], you can now set about a training program which can then be supported by the various levels of government and the health service.” 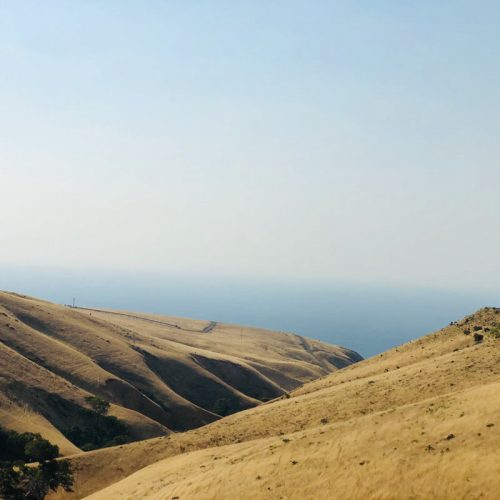 “The wonderful thing about general practice and rural generalism is that there are lots of ways of expressing [who you are].”

Rural practice is great for those who want a career which is wonderfully flexible.

“If you want a combination of being able to see instant results in the care that you provide with long-term relationships, then rural practice is fantastic,” Paul says.

Rural practice is increasingly becoming a profession which can accommodate every type of person as a doctor—moving away from the stereotypical image of a male, English-speaking doctor who works full-time.

“If you’re a junior doctor in a hospital feeling that every day you go to work and you want to make a difference and nobody seems to care or realise what you’re doing, come into rural medicine.”

“Every day you will get feedback from your patients and from your community of the appreciation that they have for the work that you do.”

A big part of forging your own unique and fulfilling career as a doctor, Paul says, is figuring out who you are—your values, beliefs, passions, and goals—and tailoring your career to fit.

“The wonderful thing about general practice and rural generalism is that there are lots of ways of expressing [who you are].”

“If who you are is a city person who is passionate about the underserved in the city, don’t feel any guilt about staying in the city and working with the underserved because we have such a need for amazing GPs in our refugee populations, in our suburbs with intergenerational unemployment.”

Professor Paul Worley was the inaugural National Rural Health Commissioner.
The statements attributed to him in this article are his own and should not be taken to represent the views of either the Australian Government or the Department of Health.