More than a GP: the many hats worn by Dr Tim Francis

Dr Tim Francis was an active member of General Practice Registrars Australia (GPRA) during his training.

Ten years ago, he was Deputy Chair of GPRA’s Advisory Council, and advocacy and governance work has remained an important part of his career since then.

This balance of clinical and non-clinical roles is something Tim said more and more GPs are opting for these days.

“The expectations from the community and from individual doctors are very different to what they were 20 or 30 years ago,” Tim said.

“A lot of the older GPs, they’re doctors, that’s what they do, that’s their life, their being, and that’s how they’re thought about in the community.

“I also work in anaesthetics, I work in corporate governance, I work in medical education… I’m also a father and I like riding bicycles and spending way too much money on them.”

It’s an approach that is probably healthier for GPs, Tim said, as the new generation is increasingly able to define themselves outside of their clinical work.

There is also plenty of clinical variety available to GPs – especially those who practice in a rural area, like Tim does.

“I made sure that all of my placements were in regional or rural areas, so I got a lot of hands on experience,” he said.

“My surgical term as a med student was assisting the director of surgery and doing surgical anatomy. Had I been doing that in a capital city it would have been a very different story.

“If you’re in a big city hospital and you’ve got 15 doctors on your team, and you’re the medical student, guess how much real stuff you’re going to do.”

That said, Tim cautions new registrars in rural areas against succumbing to the pressure to try and do and know everything.

“You hear the stuff from ACRRM and RACGP Rural of ‘yes, you can do everything’, and then you realise, ‘actually, I can’t’.

“If you’re trying to use too many skillsets, it’s hard to maintain all of them. You’ve got to make
that quality call at some point.” 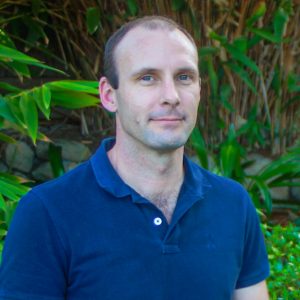 “I made sure that all of my placements were in regional or rural areas, so I got a lot of hands on experience”

Tim decided rural life was for him while working in North Queensland in his third year of medical school.

Now, along with his young family, Tim lives in Nambucca Heads on NSW’s Mid-North Coast, and practises in nearby Urunga.

“The lifestyle, being out of the big smoke, having real things to worry about instead of what the Jones’ are doing and keeping up with them” are some of the benefits he cites.

With the rise in social media and other digital tools making it easier to keep in touch, both socially and professionally, the former Brisbanite said he doesn’t feel like he’s missing out on city life.

Free open access medical education – or FOAMed, as its often referred to – has boomed in recent years.

The term encompasses the myriad podcasts, blog posts, videos, webinars, forums, social media groups and conversations which anyone can access to learn from and teach one another about practising medicine.

Tim cited the GP2U Facebook group as a good place to ask peers questions about both clinical and workplace matters, but he has a measured outlook on some other platforms.

“I dip in and out of [social media], I find Twitter is a bit of an echo chamber. Sometimes, you’re hearing the same things from the same people,” he said.

“By the same token, if I want to go in and get an answer, I can do that.

“Having those tools and knowing that I can go to them is very useful, because, otherwise, I’ll just get a narrow view if I just pick up the phone and go to the guy in the next room.”

“We’re seeing more of the RTOs [regional training organisations] use a remote supervising model as an answer to reduce the cost of providing education,” he said.

“I think we’ll see FOAMed continue to grow, but my hope is that we don’t see a reduction in face-to-face.”