Beyond the bread-and-butter: talking sub-specialties with Dr Stephen May

If there was ever proof needed that general practice is not all coughs and colds, Dr Stephen May would be case-in-point.

The Coffs Harbour GP has spent his career sub-specialising in obstetrics and anaesthetics, in between regular GP practice, and also has a diploma in child health.

Such broad expertise was necessary for the young GP who moved to Coffs Harbour 33 years ago, when there were only a handful of specialists in town.

“I wanted to be a well-qualified and well-rounded country GP,” Stephen said.

“When we came it was small, it was country, it was lovely in the sense that all the doctors knew one another.

“About a year after we arrived the town just sort of took off.”

While Stephen said it’s getting less and less common for GPs to do obstetrics and anaesthetics in larger places like Coffs Harbour, there’s still plenty of variety on offer for the next generation of GPs.

“I’m the last of that sort of school here in Coffs Harbour but there are a lot of exciting and rewarding opportunities to do things on top of bread-and-butter general practice,” he said.

“We have doctors here with special interests and expertise. For example, some give their time to staff the refugee clinic at the Base Hospital, others maintain their emergency skills by regular shifts in the A & E department, numerous others are interested in skin cancer surgery, and there’s a doctor who is on the roster for mental health triage at the hospital.

“Two of our doctors trained up in HIV medicine, and they were the first two doctors [in Coffs Harbour] who qualified to prescribe HIV medications.

“There’s another GP who now does full-time varicose vein work. He was also instrumental in starting the Australasian College of Phlebology.

“There are other individuals who perform vasectomies, circumcisions or lingual frenotomies and yet other GPs with a special interest in Indigenous health, others in women’s health and shared antenatal care and so on.” 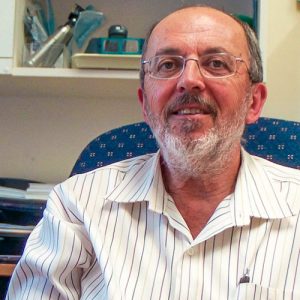 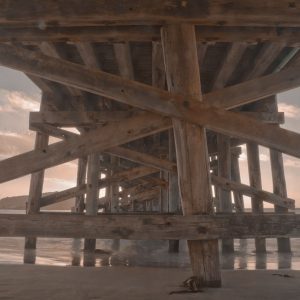 Stephen never contemplated doing medicine when he was younger.

“I couldn’t stand the sight of blood,” he said.

He started out studying maths, but “wasn’t as good at it as I thought,” so instead he decided to give anatomy and physical anthropology a shot in the second year of his science course.

“I went to the school of anatomy and I met this lovely lady who said ‘anatomy has been discontinued from the science curriculum due to lack of interest’.

“And I said ‘well where do I enrol for physical anthropology?’ and she said ‘I’m terribly sorry, but the professor died last year and the department went with him’.”

The doctor attempted to assuage Stephen’s disappointment by suggesting he do medicine.

“I said ‘but I can’t stand the sight of blood’. She replied ‘don’t worry, you can branch out in three years and do research in medicine, and you don’t have to go to the hospitals at all’.

“But after three years I realised I wasn’t cut out or a life under a microscope, my interests were in seeing people.

“So the long and the short of it is that after fainting during my first operation, which was a caesarean section as a medical student, I am proof that anyone can get used to the sight of blood.

“It doesn’t bother me anymore, and I have found that medicine is my true vocation.”

A part of the community

Coffs Harbour may have grown under Stephen’s watch, but as he politely pauses our chat to ring around his network in search of someone who can do an ECG before closing time, it’s obvious this remains a community which helps one another out.

“I didn’t want to work in the big cities, I wanted to work in smaller towns,” Stephen said.

“Coffs has been fantastic to us, our children had a wonderful time growing up here. If we had our time again, we would be straight back.”

“To me it allows a much broader scope of clinical practice than in the larger cities.”

“As a country GP you have the opportunity to provide a valuable contribution to community life in a rural or semi-rural setting. One can become involved in local sporting, cultural and community events.”

In fact, doing so led to Stephen being named Citizen of the Year by the Coffs Harbour City Council in 2003.

“I was very humbled by this award and accepted it on behalf of all those GPs who quietly volunteer for our community,” he said. Stephen’s practice currently has two registrars, and as a supervisor, his advice is to become involved in the community, remember to look after your own health, and find the area of general practice that stimulates you.

“Find what you have a passion for and you will enjoy your working life.” 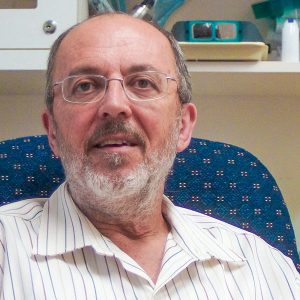