The end of the 70-hour work week: no two days are the same

When Dr Ian Arthur began at Toormina Medical Centre on the NSW North Coast 35 years ago, it was a two-doctor practice.

Now, with 14 doctors and a range of allied health professionals on-site, it has become renowned as a model teaching practice, due to the varied and collegial nature of the work.

“The doctors are all very interested in teaching, virtually all of them do teaching here,” Ian said.

“Most of them have got areas of special interest, so mine is diabetes, and also cardiology and kidneys – it all goes together.”

“We’ve got an addiction medicine specialist, we’ve got people who are women’s health, paediatrics, acupuncture, musculoskeletal medicine, so these areas of specialty make general practice much more interesting.”

Five of the practice’s GPs began at Toormina as registrars and have stayed on.

Ian said while registrars are assigned a supervisor with whom they would probably have one session a week, much of the teaching is topic-based and is shared amongst the doctors based on their area of interest.

“We encourage [the registrars] to ask questions of a variety of doctors, so it’s a collegial way of teaching, it’s not just one on one, it’s a very collaborative environment.” 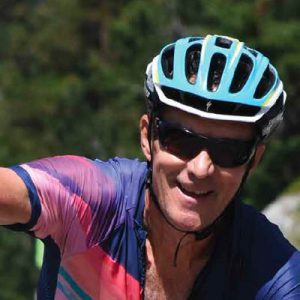 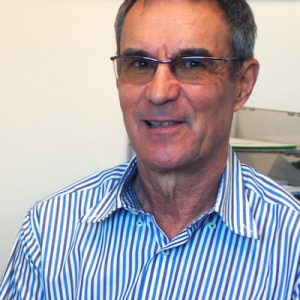 No two days the same

Ask any rural GP about the benefits of practising out of the city, and one word will inevitably come up over and over again: variety.

“So it’s not like the city, where often the GP is the person who refers you to the specialist if there’s anything really wrong.

“Here it’s the other way round – if [patients] have to go and see the specialist they will, but they still want to know what the GP thinks, so it’s a totally different way of looking at it.”

The variety of health concerns a rural GP is faced with can be daunting at first, but Ian’s advice to new registrars is to accept that there will sometimes be a lack of certainty, and take your time.

“In a lot of general practice, you’re not certain, and you may not work it out all in one go. It takes a while,” he said.

“If [new registrars] have been in a hospital they may think they’ve got to see too many patients but the GP training will start on two patients per hour, and once they’ve settled down, maybe after a month or so they go up to three patients an hour.

“And then later on when they become GPT2s, if they want to they can go up to four, but that’s the maximum we allow them to see.”

“Living in a small community also makes it easier to coordinate care and follow up”, Ian said, “because all the GPs and other specialists know one another.

“Even though it’s a modern building, in many ways we retain a lot of the traditional general practice family continuity of care.”

The end of the 70-hour work week

In his 35 years as a GP, Ian has seen big changes in the general practice workforce.

“The biggest change is the number of female doctors,” he said.

“When I trained, 75% of medical students were male, and now 55- 60% are female, and if you look at the percentage of women registrars who are going into general practice, that’s more like 70%.”

Ian said this change had made it more common for GPs to work part time as women sought to balance careers with motherhood, but men were thinking more about work-life balance too.

“I think men are also realising, what’s the point of working 60 or 70 hours a week? Nobody wants to do that anymore.

“Working four-and-a-half days a week would be pretty standard and most people want to have regular holidays and plenty of time off.

Living and working in a rural location fits well with the desire for work-life balance, Ian said.

“You get much more interesting medicine, you don’t waste time in the traffic, you’ll be well paid, the cost of living is cheaper, the lifestyle is better, and it’s easy to get to Sydney anyway.”

“And when you do go to the city”, Ian said, “you appreciate it more.”

“Doctors are lucky in that they have a lot of choice in where to live” , he said.

“If you want to be a merchant banker, you probably do have to work in the city.

“There are quite a lot of occupations where you do have to, but medicine isn’t one of them.”

"If you look at the percentage of women registrars who are going into general practice, that’s more like 70%.”