There’s lots to consider when choosing the right placement: the hours you’ll be expected to work, the variety of clinical cases you’ll be exposed to, the training and support available.

For those with young children, choosing a training region or placement can also go hand in hand with choosing where to set up life.

This was front of mind for Dr David Gidley, a registrar at Bendigo Primary Care Centre in central Victoria.

Originally from Canada, David was living in Adelaide with his wife and two young sons when he decided to apply for general practice training.

With family in Perth, great memories of holidays in Victoria, and the schooling needs of a son with autism to consider, David and his wife studied their home town options with the zeal of an
overachieving registrar studying for the OSCEs.

“We looked at Ballarat, Ararat, Bendigo, Adelaide, Perth, and outside Brisbane,” David said.

“My wife went travelling, she went up and interviewed the schools, we spent a good month travelling around Victoria checking out the schools.”

In the end it was Bendigo that ticked the most boxes. So, after applying and being accepted into the general practice training program for Western Victoria, David set his sights on finding the ideal placement.

“I came to [my regional training organisation] saying ‘this is the school my children will be attending, I’m willing to drive 60 minutes each way, where can you put me?’

“And they sort of looked at me like ‘what, you’re picking the school and then you’re going out from there?’”

It may be an uncommon approach, but David’s glad they put their kids’ needs at the forefront of the decision.

“He is very happy, and we’re very happy as well,” David said, referring to his older, autistic son.

“Bendigo is very family-friendly, as a city goes, there’s lots of child-based activities throughout the year; the Easter Festival here is huge.” 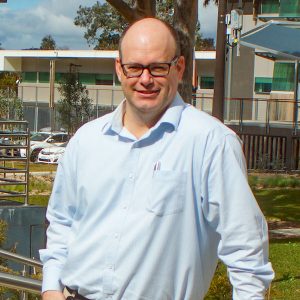 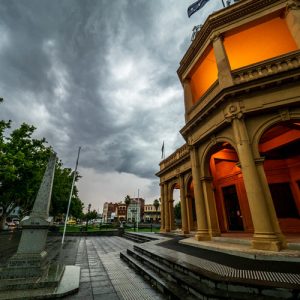 A detour into ENT

The path that lead David to general practice is unusual.

Growing up in a small, one-doctor town 300 kilometres north of Toronto, he had long admired the local GP.

“He treated every family in the town, and I knew him really well and I always wanted to be like him,” David said.

“I always admired that relationship he had with the entire town.”

As medicine is not available to undergraduates in Canada, David began by studying biology.

But upon graduation, the prospects for doctor hopefuls with only a bachelors were bleak.

Instead, he threw in the job at a cranberry farm that he had been doing since his teens, and went travelling instead.

He met his now wife in Edinburgh and they eventually settled in Adelaide where David studied medicine at Flinders University.

He spent his third year in the country with a GP whose work ethic David described as “extraordinary”.

“He’d call me up at 10 o’clock at night saying ‘oh I’m going to see this patient at the clinic, come on over’.

“And I didn’t realise how different he was from every other GP, so I got a little bit concerned about how many hours I’d be working as a general practitioner, how much responsibility I’d have to my patients.

“It’s nice to be that wanted and that needed, but it didn’t appeal to me in terms of my mental health.”

An enjoyable ear, nose and throat rotation followed, leading David to think he had found his specialty, and he successfully applied for and began ENT training.

While he enjoyed it in a clinical sense, workload-wise it turned out to be exactly what he had mistakenly feared of general practice.

Moving into a rented apartment or motel room in order to study was the norm for ENT registrars, and “one chap even moved back in with his parents for the entire final year”.

Eventually, David decided ENT wasn’t worth the toll it was taking on his relationship with his family.

“I came home once when I’d been staying away for three months for exams and my sons were two and four.

“That was the end of my surgical training.”

David started on his new path – general practice training – in 2016. He is especially glad he did so when he considers the future of medicine.

“Robotics in surgery and 3D printing and genetic mapping and everything else that’s coming along is going to put more and more focus on technology and less focus on clinical skills,” David said.

“I have some concerns about how the specialties are going to manage that… their role is going to become very simplified.”

General practice, he thinks, is the exception.

“You’ve got to know the patient and the family and the story, because we deal with mental health as much as we do physical, and the social implications of the [medical] choices that they make as well.”

One area where people skills are as important as clinical skills is palliative care – something David defines broadly.

“That’s actually starting to slide into an end-of-life planning issue which is technically palliative care.”

It’s not a conversation all GPs – nor patients for that matter – find easy. But David takes inspiration from the frank talks he had with his own grandparents, whose goal was to live to see him and his sister graduate.

“[Patients] are often offended the first time I bring it up,” David said.

I just want to know what we’re fighting for’.”

“You’ve got to know the patient and the family and the story..." 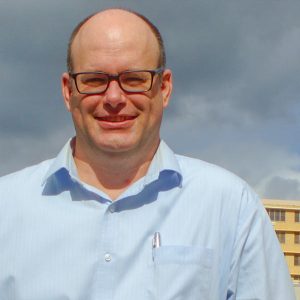 For David, one of the best parts of being a registrar is the camaraderie.

“We all get along with one another,” he said.

“It’s a strange thing – when you’re medical students you’re all competing for who gets the highest mark – you still get along but there’s a little bit of competition.

“When you’re an intern you’re always trying to get into that training program.

“Once you’re a GP registrar, we’re all there to pass.

“You’re not trying to be the most expert on anything because you can’t remember it all in a five- or ten-minute consult, but you have to know enough to know you’re treating the patient appropriately, and sharing that information amongst registrars is really good.”

David has a study group in Bendigo, and also studies via Skype with a registrar in Mildura.

He may be a little older than the average GP registrar, but David has no regrets about the road he took, with its detour into ENT.

“Even the long road that it’s taken me to get here – I graduated in 2007, so ten years later I’m still sitting a fellowship exam,” he told GPRA when we spoke to him in late 2017 before the OSCE.

“There’s been bad bits and good bits to it all but I’ve learned at every step.”