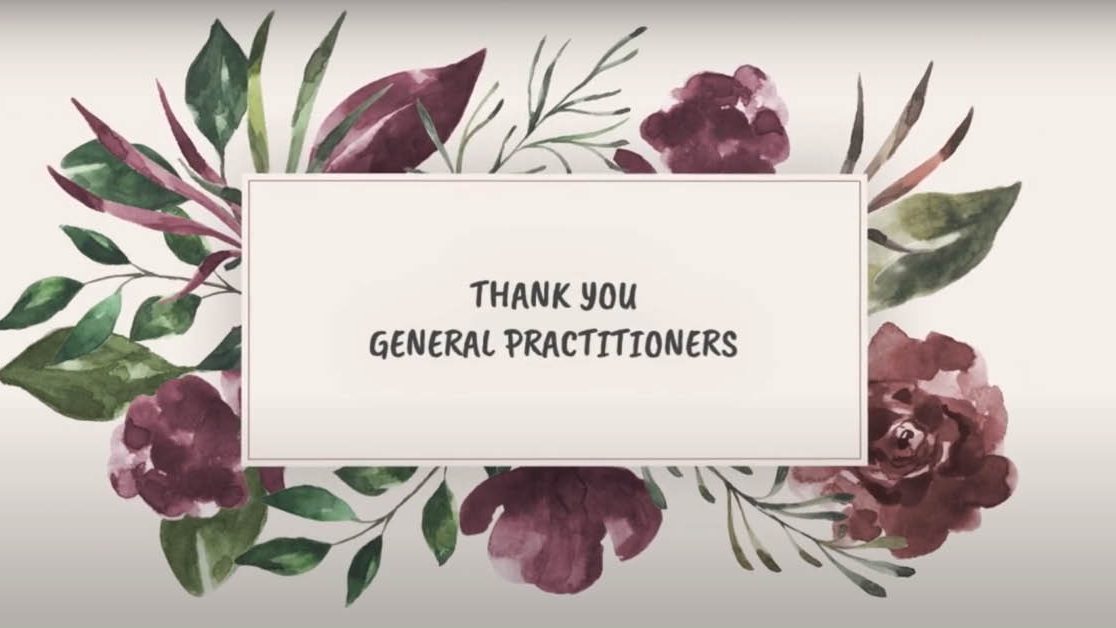 General Practice Students Network (GPSN) launched their national ‘Thank you GPs’ campaign this week, inviting everyone to express a message of gratitude to their GP, many of whom are frontline workers in the COVID-19 pandemic, and who daily support the physical and mental wellbeing of their patients.

“We invite all Australians to participate in this campaign by posting their message of support on their social media with the campaign hashtags (#thankyouGPs and #thankmyGP) or by sending a personal message to their own GP,” says GPSN National Chair Alex Zheng.

“This year has been a particularly challenging year for general practice; your message will bring some much appreciated encouragement to GPs around Australia,” says Mr Zheng.

“GPs are on the frontlines of responding to the healthcare needs of concerned Australians during the pandemic. They continue to provide care and support to the community and reduce the patient burden in the hospitals; they have maintained ongoing preventative healthcare amidst the pandemic, and provide invaluable mental health support during periods of lockdowns and increased social isolation,” says Ms Kim.

“We have been inspired by the resilience and dedication of GPs during the pandemic. GPs, their practice staff, and their families, have made enormous sacrifices to keep us safe, healthy, and informed. We wanted to thank our GPs for their work in helping us to make it through this pandemic together,” says Ms Kim.

“General Practice Registrars Australia (GPRA) congratulates GPSN on this initiative and proudly support the message and the campaign. It is important for every GP to have their own GP; I am certainly thankful for the support of my own GP, and I am constantly impressed by the resilience, strength and passion shown by the GP trainee cohort,” says GPRA President Dr Sama Balasubramanian.

View the release as a PDF

Participate in the campaign by posting a message of thanks on your social media with the campaign hashtags #thankyouGPs #thankmyGP.